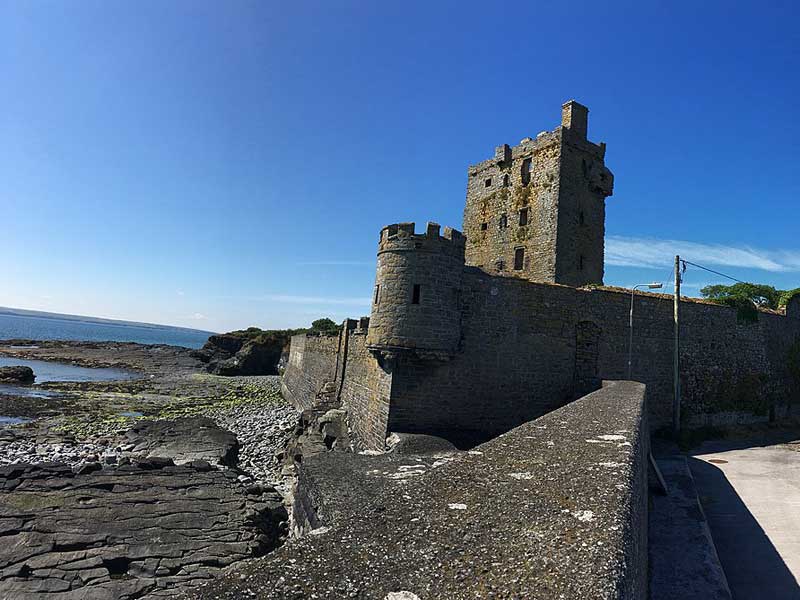 Availability:
All year round (weather permitting)

We start at the Irish college named after the 19th century scholar Eugene O Curry who hailed from the neighboring parish of Doonaha and was instrumental in transcripting the annals of the four masters from Gaelic to English.

From there we cross a few fields to the first of two 11th century churches with intact burial crypts for the nobility.

Next up we find ourselves overlooking the Shannon from the artillery battery built by the English to prevent a French invasion in early 1800. By the time it was finished the war was over. Along side the battery is the tomb of St Credaun. Just to the front of the battery you can make out the wreckage of Okeanos which went aground in 1947. Some say it was scuttled for insurance money, nobody lost their lives and a good time was had by all.

From there we head up to the other light house on the peninsula from where you can see why the light house was so important. All around us are sunken bogs and in times of flooding Kilcredaun can become an island. From here we stroll back to the college, and perhaps a spot of lunch @ the Long Dock in Carrigaholt.

The following optional extras can be arranged for you or your group. Please click here to inquire before booking.

Any personal information you send to us with this form is only used to reply to you. Please check out our privacy policy on how we protect and manage your data.

Thank you for contacting us about our walking tours. We have received your request. We also sent a confirmation email to

Any personal information you send to us with this form is only used to reply to you. Please check out our privacy policy on how we protect and manage your data.

We will contact you soon and send you an email with a voucher code you can use to get a 10% reduction of the the total price.